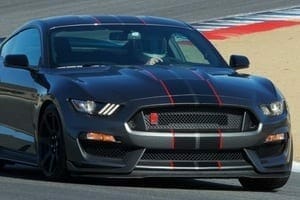 2015 was a banner year for things that go vroom. Sales were up 6.1 percent over the year before, Chevy got nasty with the rebirth of the Z06 and Volkswagen got caught exaggerating fuel mileage, presumably to justify chipping in less for gas money.

And, of course, we saw lots of cars hit the showroom. Here are some of the best-looking and best-performing ones from the 2016 model year that were worth fantasizing about:

Sure, it looks like something your grandpa would use to pick up his eye drops in but gramps never had access to the gut-wrenching supercharged 6.2 L good for 640 hp. Plus, its rev is enough to make Viper owners blush.

With a 3.7 second 0–60 speed and handling like buttah, General Motors proved that they still know what a decent automobile drives like, likely making some German automakers shake in their lederhosen in the process.

While the Chevy Camaro ZL1 bested the Mustang by nearly every metric, its LT4 felt more at home in the Corvette. The GT350, on the other hand, feels like every part was lovingly crafted for one purpose: chewing up turns. Surprisingly, Ford also mixed brand new technology with the old legacy of the Shelby name, creating something that is a marked departure from similarly badged ‘Stangs passed but nonetheless faithful in spirit.

This Alfa Romeo wants so badly to be a mini-Porsche but it actually does a better job of capturing the bygone spirit of the Lotus Elise. Nimble, fun and with a borderline-concerning weight loss problem, this vehicle is the closest thing you will get to a road-ready go-kart that actually looks sexy to drive.

They weave magic in Weissach, the German home of the Porsche Development Centre. The GTS version of their Cayman is stiff, takes off like a rocket and shifts so smooth that wizardry can only be the answer. Adding in all the Cayman’s optional goodies as standard with a unique suede interior finish also ensures that this will be the comfiest Porsche that can nab a sub four second 0–60 time.

Roll your eyes all you want at all the hype surrounding the Holy Musky One’s brand, it still does not change the fact that this car telegraphs the future of all vehicles. Door handles that glide out to meet your hand, software patches that add features like hill assist while you drive and a 4.4 second 0–60 launch in absolute silence all communicate why this vehicle will become a new benchmark that brands strive to meet.

We never imagined there would be a time we would see a Volvo wagon and say “neat!” but the Rebel Blue-clad Polestar V60 with its extremely limited production run, 350 horses and undeniably attractive Michelin Pilot Super Sport/Brembo brake combo surprisingly managed to turn our heads. Kudos, Swedes!

Take These Beauties to the Track And Stay Posted for 2016’s Top Cars of the Year Part II!

If you have one of these gorgeous machines sitting in your driveway or something even more fun to drive, make the most of it by taking it for a spin on our Atlanta car track. 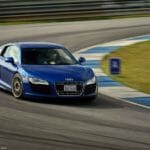 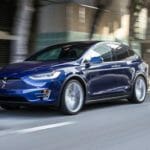 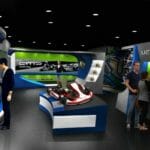 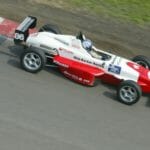