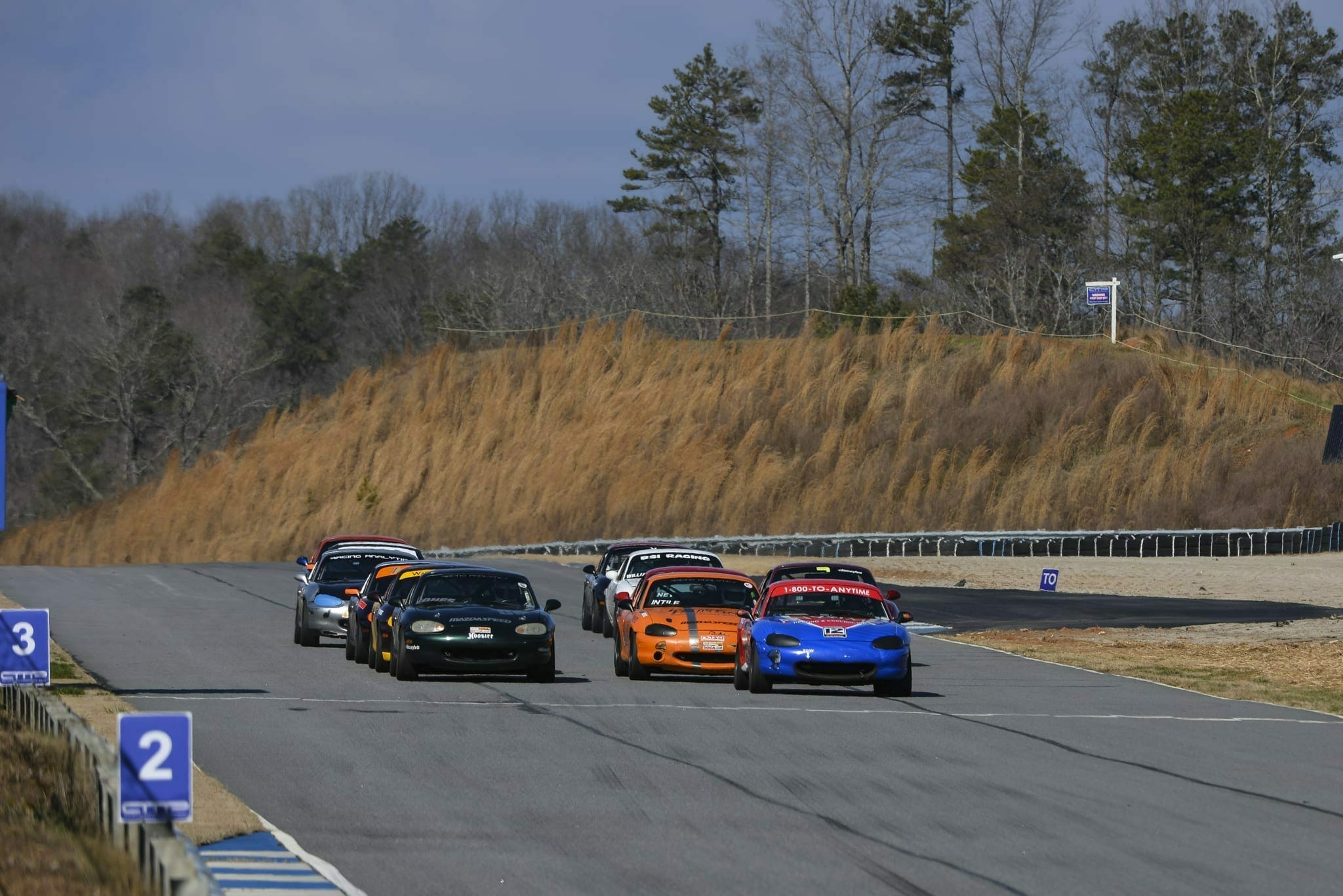 Getting the perfect vehicle for the track does not have to mean taking out a second mortgage and draining your savings account. Plenty of fun, technically-advanced vehicles exist that can put up similar numbers to the big guys, but at a fraction of the cost.

No, you won’t see any of these vehicles besting new Porsches or Ferraris, but you also won’t see their owners weeping openly about a fender bender on the track putting a dent in their retirement plans. So, in the spirit of accessible agility — and perhaps to inspire you to invest in a starter track-only vehicle — consider these six models when trying to bring your A game to Atlanta Motorsports Park.

While the Golf may sport horsepower numbers that are easily half that of the competition, the lightweight handling and nimble sub-six-second 0-60 mph speak to the vehicle’s impeccable engineering.

The 220 hp, turbocharged Golf GTI is a fan favorite among both racing enthusiasts and the automotive press. Most surprising of all, it finally has an automatic that can keep up with the legendary fun of its manual brethren.

With RWD and a near-perfect weight distribution that puts all the action right in the seat of the driver’s pants, the Subaru BRZ is an under-appreciated machine that deserves more attention.

Also produced as a Scion FRS and, since Scion’s recent demise, the Toyota 86, this small, sport-oriented coupe has smooth, youthful looks and an under-the-radar approach to performance. Put simply, its responsive gearbox can take a beating up to the 7,4000 rpm redline and provide ample handling grace while doing so.

Expect it to become a cult classic if middling sales cause Subaru to put it out to pasture.

Those who consider used cars among their possibilities should find the E30’s presence on this list as no surprise. Finding a vintage M3 among E30 stock that hasn’t been thrashed to the dickens or modified by some epoxy-happy hayseed can be difficult, though, so don’t rule out the E36’s ‘92-’99 brethren.

Sharp turn-ins, tight braking performance and jaw-dropping acceleration in nearly all gears solidify these vehicles as undying classics that will be sought after by track enthusiasts for many years to come.

Speaking of well-loved vintage autos, the Porsche 944 still has its stable of loyal adherents. The only problem is that their unbalanced 3 liter engines can cause major failures if not properly maintained. Those that find a well-cared-for model are in for a treat thanks to Porsche’s timeless fine-tuned handling and impeccable weight distribution.

The Honda Civic is not just the “performance vehicle of choice” for those that think that an eight inch exhaust and flame decals makes their vehicle track-ready.

Those who prioritize a deep bin of cheap, widely available performance parts and nearly infinite customization possibilities still cling to their garage-pampered Civics. There are also nearly infinite models to crib parts from if something does break.

Just try to keep the graphics to a minimum for propriety’s sake.

The Miata could have easily constituted this entire list given its ultra-cheap entry point and surprisingly technical driving dynamics. The latest version only improves upon a good thing, with a gearbox that provides crisp downshifts and the handling personality of a quasi-Porsche.

Gleefully screaming through the turns is the Miata’s best trick, especially when accompanied by suspension upgrades and racing slicks. If you are in the market for a new track-only vehicle, the Miata can perfectly fit the bill while leaving plenty of room in your budget for upgrades.

Formula Ford vehicles are by no means street legal, but they pack a punch on the track. They can also be fine-tuned and customized to suit your preferred racing style, and they can be entered into official Formula races as long as they meet spec.

If you are trying to graduate from karting or dip your toes into bigger racing projects, a Formula Ford can most likely get you where you want to be.

An AMP membership can help you get the mileage you want out of your track vehicle through our discounted rates, driver instruction programs and ongoing member events. Take a look at what an Atlanta track membership can get you, and book a membership sample event today!

What It Takes to Be a Kid Competitive Karter: Meet Our Members Luke & Mike Giglio