The September edition of The AMP Racing Series started slightly later than expected after a torrential downpour left standing water at various parts of the track. Eventually, the rain subsided, and the Spec Miata, E30, and Legends cars were able to take to the track for race one. The majority of the drivers opted for wet or intermediate tires since the track was still damp but by the end of the race, it was dry enough for slicks.

Blakely Fabiani and Keith Williamson started side by side and battled into turn one as the green flag fell. Williamson had the inside line and created a small gap that Fabiani quickly started to close. On lap three, Matt White picked up a drive-through penalty after running wide three times in a row at the exit of turn six.

At the rear of the field, Ray Yoder led Keegan Hall as the pair were the only two Legends drivers in the race. Fabiani attempted a move for the lead but ran deep into turn one and lost time to Williamson. He quickly caught back up with Williamson and made the move for the stick on the second attempt with three minutes remaining in the race.

In the Legends class, Yoder ended up retiring and Hall finished his first race in the AMP Racing Series while Jeremy Buckingham won as the only Spec E30.

Following lunch, the Miatas, Legends, and E30 were back for race two and the dry conditions suited the Legends cars early. Yoder went from the back of the field to first on the opening lap and Hall followed him through to second. The pair battled at the front until Hall took too much curb into turn nine which broke his suspension. He narrowly avoided the barriers and limped back to the pits.

The final race of the day was race two in the downforce class where Jeff Ping led the cars across the start-finish line. Barry Davison took the lead on lap two while Nick Pearson jumped from last to second in the opening laps. Zack Ping passed his dad for third shortly before the five-minute mark when Pearson took the lead. However, shortly afterward, Pearson spun at the exit of turn six and was facing the wrong way as he dropped from first to fourth.

He quickly caught back up with the leading pack and was second before he spun at turn six again with one lap remaining. He got stuck in the grass which allowed Davison to coast to the finish ahead of Zach and Jeff Ping. 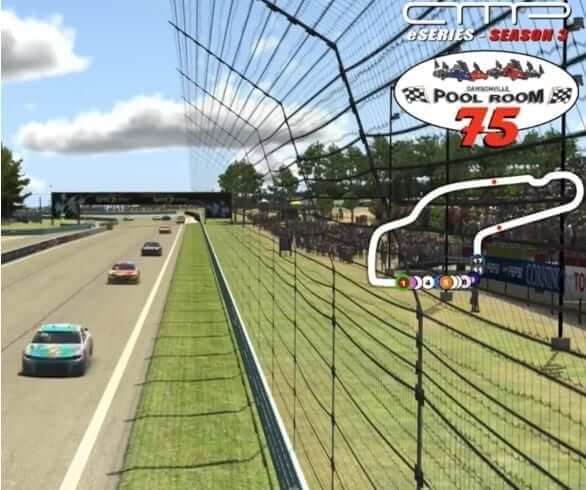