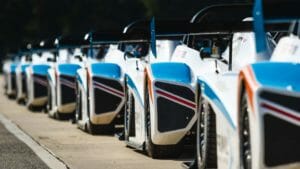 In Race 1, it was Williamson ahead on Bergstrom for the first five laps. Bergstrom was able to outbreak Williamson in the corners but was never able to make the pass. Williamson had the faster car in the straights to gain just enough of a cushion over Bergstrom to hold him off in the turns.

It was rinse and repeat, Bergstrom closing in on the corners with Williamson pulling away in the straights, until Turn 1 of Lap 6 when James Kaney made a move on the inside of Bergstrom which spun Bergstrom’s car into the dirt. Kaney took over second position while Bergstrom was able to make a remarkable save to get back on the track in third place.

With Bergstrom in his rearview, Kaney placed his sights on Williamson and with each passing lap closed the gap on the leader until Lap 11 when Kaney made the move around Williamson.

It looked as if Kaney would pull the upset but that feeling was short-lived as Williamson regained the lead in the backstretch on Lap 12 and held off Kaney for the final two laps to take the checkered flag.

It was Williamson, Kaney and Bergstrom followed by Jose Garcia, Grant West and Bill Miller in Race 1 of the Spec Miata class.

Not to be outdone by Race 1, Race 2 started with Garcia making a charge on the outside to the front from the fourth position as the green flag waved, but he was unable to make the passes stick into Turn 1 and slotted himself back in behind the leaders.

It was Williamson, Bergstrom and Laney after the first lap, but in Turn 1 of Lap 2, Laney spun out trying to make the pass on Bergstrom. The spin took Laney out of the running as he couldn’t get back on the track until he was in the back of the pack.

Turn 1 was certainly the action-packed turn of the day as in Lap 3, Bergstrom made the move to the inside of Williamson but was unable to make the pass stick. On Lap 4, however, Bergstrom was once again able to outbreak Williamson into Turn 1 but this time he had the timing down perfectly and was able to complete the pass.

With Laney out of the picture, it was a two-man race between Bergstrom and Williamson and by virtue of Bergstrom’s third-place finish in Race 1, all Williamson had to do was stay in second-place to clinch the overall win.

With no other challengers in sight, it looked like staying in second-place would be a piece of cake, but racers don’t race for second and Williamson went for the win. That plan backfired tremendously. Williamson spun out trying to make the pass in the carousel on Lap 9.

Williamson got back on the track in fifth place. The race win was now out of the question, but Williamson still had a chance at the overall win if he could get back into second place, but time was running short.

Williamson made the pass around Jeff Tyrrell in the backstretch on Lap 10 and completed the pass on the inside of Miller in Turn 1 on Lap 11. Now in third-place, Williamson had two laps to catch Garcia for the overall win.

The gap was closing but with the white flag out and the gap at five seconds, Williamson hopes seemed slim, but he kept inching closer on every turn. Williamson closed a five-second gap to 1.5 seconds over the span of a single lap but with the checkered flag waving, Williamson was out of time. He needed one more lap to make the pass, but it was not to be as Bergstrom would win Race 2 followed by Garcia, Williamson, Miller, Tyrrell, Jason Padilla and Joel Barber.

With each racer sporting a first and third-place finish the overall winner would come down to a fastest lap tiebreaker for the second-straight race at Atlanta Motorsports Park. Both fastest laps occurred in Race 1 with Bergstrom posting a time of 1:35.190 to Williamson’s 1:35.200. 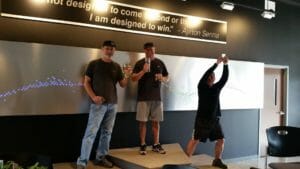 Despite sharing the track with the Spec Miata class, Ty Young wasn’t interested in sharing the drama as there was no doubt who had the best car in the Spec E30 class.

For the second-straight race day at Atlanta Motorsports Park, Young led every lap of both races in the Spec E30 class to capture the overall title.

Unlike last month, however, the second-place finisher Jeff Tyrrell opted to run in the Spec Miata class this month leaving the door open for some of the other racers to gain a podium spot.

Jack Stanford seized the opportunity finishing second in both races and although Stanford was never able to pressure Young, he did stay close enough to force Young to hit his marks. On slip up and Stanford was in position to make a move but Young was just too good.

The battle for the third and final podium spot came down to a fastest lap tiebreaker. Jeremy Buckingham was able to finish comfortably in third place in front of Greg Tresan in Race 1, but Tresan was ready to go for it in Race 2 and it didn’t take long for Tresan to make the pass on Buckingham for the third position.

With both a third and forth place finish, the final podium spot came down to the fastest lap tiebreaker with Tresan coming out ahead with a fastest lap of 1:37.445 to Buckingham’s 1:37.655.

In the Downforce class, there was Wade Eastwood and then there was everybody else. Eastwood’s car was nearly three seconds a lap faster than the next closest challenger.

The only thing that could slip Eastwood up would be a full-course caution and that’s exactly what happened in Race 1 when Jack Rambo, driving an unclassified RXC Radical car opposed to the SR1 Radical being driven by everyone else, ran out of gas in Turn 1 on Lap 9. Rambo’s car needed to be towed which brought out the yellow.

By this point Eastwood had built a 20-second lead on second-place Chris Gordon. With the yellow, that lead was now gone which looked like would bring an exciting restart and end to the race.

That, however, never happened as three laps of caution pushed the race time over the 20-minute limit and the race ended under caution with Eastwood finishing ahead of Gordon, Mike Li, Scott Armstrong, Tom McComas, Barge Alan and Wolfgang Steggeman.

In Race 2, Eastwood was able to show off the full capability of his car as a caution-free race resulted in a nearly 40-second margin of victory over Gordon who himself had nearly a 40-second margin over the third-place car of Armstrong.

The battle for third-place, despite being nearly 80-seconds out of the lead, was nevertheless hard-fought between Armstrong, Li and McComas. Li held onto third position for the first-half of the race but McComas and Armstrong were right on his rear bumper.

On Lap 8, McComas made the move around Li into third and on Lap 9, Armstrong made it around Li in Turn 3. The running order for third-place was now McComas, Armstrong and Li.

By Lap 12, Li had fallen off the pace and it was now a battle between McComas and Armstrong. It was tight with Armstrong trying to get a nose in on McComas on almost every corner. With two laps to go, Armstrong was finally able to make the pass on McComas finishing the race in third place. 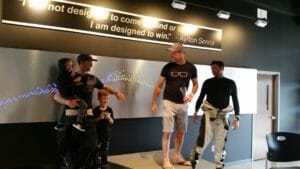 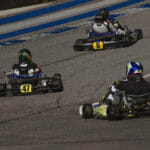 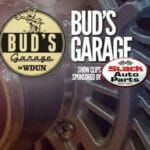 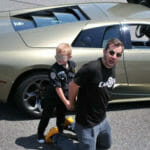 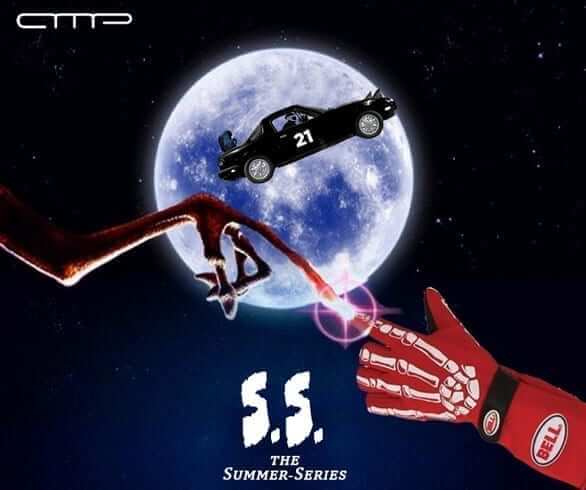 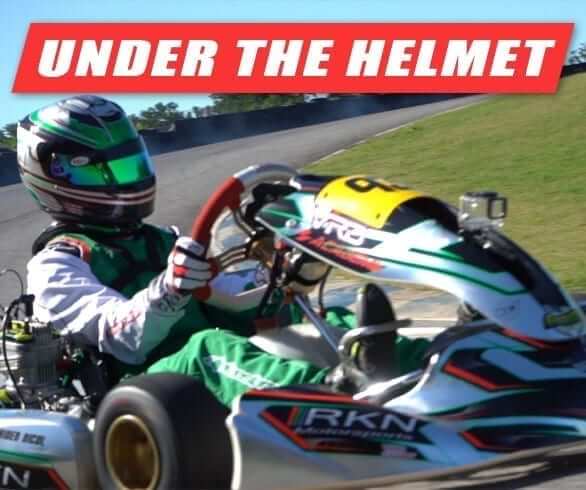