The first race of the 2021 AMP Summer Series featured one of the largest fields in recent memory with 18 drivers making up the field. The weather was perfect and the racing was tight with a photo finish in race one and a new race winner in race two.

Matt Seech started on pole in the ST4 class and quickly escaped to a sizeable gap over the rest of the field. Keegan Hall started second in the lone Legends car but made a poor start which dropped him to fourth. By the end of lap one, Hall had recovered to second and spent the rest of the race alone in that position. The entire field managed to keep it clean and avoid contact with each other throughout the opening laps.

Meanwhile, Keith Williamson and Blake Fabiani battled for the lead of the Spec Miata category. Williamson started ahead but on lap five Fabiani was able to make a move stick through turn one. Raiden Nicol and Steve Kaney fought over fourth position in the Miata class with Nichol drawing alongside Kaney several times before finally making the move stick on lap eight at the exit of turn one.

Williamson stayed within striking range of Fabiani and retook the lead on lap 11. Fabiani tried to retake the lead on the following lap but wasn’t able to make the move stick around the outside of the parabolica. On lap 13, Fabiani finally overtook Willamson at turn one to take the lead late in the race.

On the final lap, Nicol pressured Kyle Haney for third in the Miata class but was unable to hang on. As Fabiani and Williamson exited the final corner Williamson drew alongside the leader Fabiani but couldn’t get his nose ahead, losing by three-thousandths of a second.

However, following the race, Fabiani’s car was deemed to be in the open class due to a rules infringement handing the win of the Spec Miata class to Williamson.

Fabiani started at the back for the second race with Seech and Hall leading the field to green as they did in the first race. Williamson headed the Miata class as Nicol picked up where he left off in race one and passed Kyle Haney on lap six.

Two laps later Nicol was able to take the lead from Williamson at turn one but Williamson stayed close to the 13-year-old driver in the following laps. Meanwhile, Hall ran into trouble with his rear brake light and was forced to pit to fix the problem, losing exactly a lap in the process.

Nicol stayed ahead of Williamson for the remainder of the race and won by 0.152 tenths of a second for his first-ever victory in the AMP Main Track Racing Series. Haney rounded off the Miata podium in third with Seech winning overall again.

Both downforce class races were fairly uneventful with Noah Ping leading Nicholas Pearson and Corey Bobo for the duration of each race. Ping won race one by 30 seconds and race two by 36 seconds. 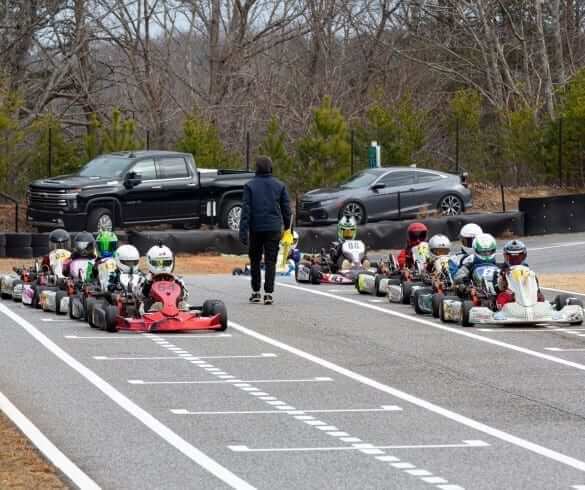 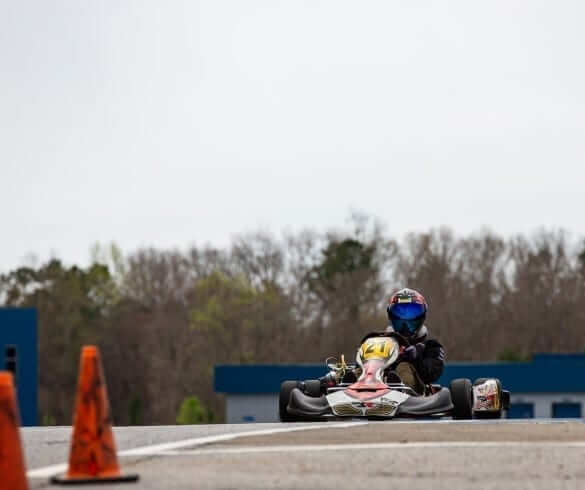